A Sense of Duty and Community – Dr. Ryan Lee 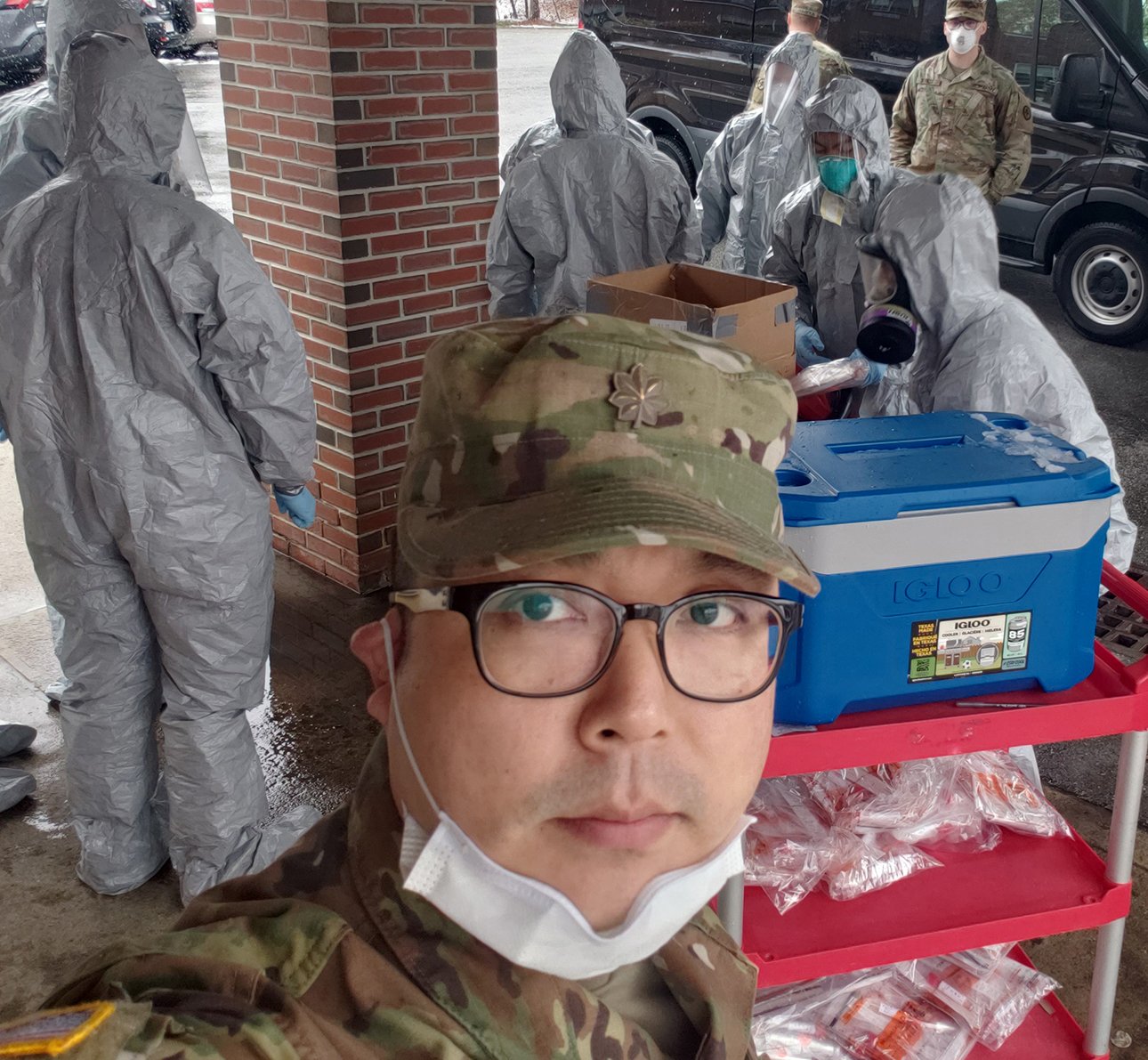 Ryan Lee ’03 runs a dental oncology practice with four offices in the Northeast. But for the past month he’s been leading 18 Massachusetts Army National Guard strike teams, coordinating COVID-19 testing for some of the state’s most at-risk residents.

Lee, a dental officer providing medical supervision and quality control, has helped train 225 soldiers who have administered more than 100,000 tests in nursing homes, hospitals, veterans’ homeless shelters and mental health facilities in partnership with the Massachusetts Department of Public Health. More than half of the state’s 3,400 COVID-related deaths have occurred in long-term care facilities.

“It’s been a positive and inspirational experience for me,” says Lee, a major in the Guard’s medical command unit. “We ran out of medical folks, so we’ve been training infantry and field artillery soldiers.”

The citizen solders received extensive training on how to wear personal protective equipment and conduct a nasopharyngeal swab test. Thankfully, the internal rates of COVID-19 infection among soldiers on these missions  have been kept at lower than 3%.

“These are non–health care folks — computer programmers or policemen or firemen — who I have been honored to lead. They’re called by a sense of duty and a sense of community.”

Lee says he and his teams have had their share of tragic eye-opening experiences, including arriving at a long-term care facility to find residents who had died of COVID-19 the night before still in their beds.


Hear what Ryan has learned from his experience on the front lines of the COVID-19 pandemic.

A former Honors Program in Medical Education student who majored in economics, Lee joined the National Guard during his postgraduate training in 2009. His earlier deployments included a two-week humanitarian mission to Paraguay.

Right now, “100% of my time is dedicated to this deployment,” says Lee. His wife is also a health care provider — she practices in oral-facial pain and teaches at the School of Dental Medicine at Tufts University — so they have to take precautions to avoid bringing the virus home to their two daughters. “I’m not really able to go home,” says Lee, “even though I’m living out of a hotel no more than a half hour from where I live.” In April, he missed his daughter’s second birthday.

For now, though, the mission continues. And that mission expanded when Massachusetts Gov. Charlie Baker ’86 MBA suspended distribution of testing kits to nursing homes in late April because a large number of tests went unreturned, prompting concern about how the tests were being conducted.

“It turns out that we’re actually doing a pretty good job, good enough that we’ll be moving toward testing for the entire state,” Lee says. “They’re relying on us.”

Lee will be the lead author on a synopsis of this public-military-private partnership. The piece is being submitted for publication in a medical journal.