“Agreement in radiograph interpretation by both the same clinician and others on the treatment team is central to valid diagnosis of pathology and to provide an indication of ongoing treatment needs,” researchers wrote.

In their study, they assessed how individual practitioners evaluated MBL on 100 radiographs of implant-supported single crowns selected from 256 single implants in 128 patients presented to them multiple times with a normal or brightened appearance. They also assessed agreement between practitioners, presented multiple times with 100 radiographs with normal or brightened appearance.

The researchers also sought to assess whether differences in agreement related to radiograph brightness, level of accuracy (discrimination), participant demographics, or implant characteristics.

Because literature data did not exist to complete a power calculation, the researchers ultimately enrolled 74 participants as a convenience sample. Among the participants were 11 nondentists (dental assistants) and 63 clinicians, including 16 general dentists, 10 endodontists, 7 oral and maxillofacial surgeons, 10 periodontists, and 20 prosthodontists.

They determined that on average individual participants disagreed with their own radiographic assessment a quarter of the time and disagreed with their colleagues’ assessments more than a quarter of the time. “Clinically, this research indicates that caution should be exercised in making a diagnosis of pathology when relying solely on a single radiographic image at a given point of time,” researchers wrote.

Their findings led researchers to conclude that if clinicians are inaccurately reading radiographs, then their clinical actions may be inaccurate as well.

“Overall, given such variation can exist both within and between practitioners when interpreting radiographs, it is clearly important that practitioners do not interpret radiographic MBLs in isolation,” researchers wrote. “Assessment of other clinical parameters that may include the occlusal condition, mucosal health, probing depths and the clinical time in situ, should also be considered.”

Researchers conducted an observational study comparing the impact of 2 cements used in cement-fixed implant-supported restorations on peri-implant biofilm and inflammation. They found that revision and re-cementation with a zinc oxide eugenol cement positively affected peri-implant biofilm in cases with methacrylate cement. Their results were published online August 20 in Clinical Implant Dentistry and Related Research.

In up to 60% of cases involving fixed suprastructures cemented on implants, excess cement remains in the peri-implant sulcus, researchers wrote. The excess cement encourages biofilm formation and can lead to peri-mucositis, peri-implantitis, or even loss of the implant.

To conduct their study, researchers analyzed 34 patients who had received implant-supported restorations using temporary methacrylate cement or zinc oxide eugenol cement from January through May 2010. They revised the patients’ suprastructures from September through December 2013. The study’s methacrylate cohort had 20 people (14 men and 6 women), and the zinc oxide eugenol cohort had 14 people (7 men and 7 women).

They obtained bacterial samples by probing the participants’ peri-implant pockets using sterile paper points and conducted microbial analysis for taxonomic composition by sequencing the V1 through V2 variable regions of the 16S rRNA gene. To extract DNA, they used commercial extraction protocols for genomic DNA and then eluted the DNA with clean water.

They determined that red complex bacteria were specifically more abundant when methacrylate cement was used, and that the risk of peri-implant tissue developing an infection was reduced significantly when avoiding methacrylate and using zinc oxide eugenol cement.

“In summary, implants whose suprastructures were fixed with a methacrylate-based cement apparently have more oral pathogenic bacteria in the peri-implant sulcus than implants that were cemented with zinc oxide eugenol cement,” researchers wrote.

The researchers determined that zinc oxide eugenol cement is an alternative method worth considering for cementing suprastructures on implant-supported restorations. They declared that the small sample size of their study was a limitation that could have influenced results.

In a pilot study comparing peri-implant parameters, tumor necrosis factor-α (TNF-α), and interleukin-1-β (IL-1β) levels between e-cigarette (e-cig) vapers and nonsmokers, researchers concluded that clinical and radiographic peri-implant parameters were compromised among vapers and that vaping may lead to greater local peri-implant inflammation. The results were published in the June issue of Clinical Implant Dentistry and Related Research.

The Saudi Arabian and Pakistani researchers included 47 vapers (group 1) and 45 people (group 2)—all male—who were never smokers. The group 1 participants had vaped for at least the past year. The group 2 participants never consumed tobacco in any form during their lifetimes. Participants had at least 1 current dental implant in place for 36 months.

In comparing the 2 groups, researchers conducted a peri-implant assessment to account for each participant’s peri-implant plaque index, bleeding on probing, and probing depth of 4 millimeters or less with references to the Consensus report on the Seventh European Workshop on Periodontology.

To measure TNF-α and IL-1β in PISF, researchers analyzed biomarkers and applied centrifugation to all PISF samples. They quantified levels of TNF-α and IL-1β using enzymatic immunosorbent assay, according to manufacturer’s recommendations.

To perform statistical analysis, they used software and reported data as percentages of means with standard deviations. They conducted other analyses by using Shapiro-Wilk and Kolmogorov-Smirnov tests and quantile-quantile plots (normality of distribution of the variables); Kruskal-Wallis test (between group comparison of means for clinical parameters); Mann-Whitney U test (comparison of cytokine levels between groups); Bonferroni post hoc adjustment test (for multiple comparison); and nQuery Advisory software (calculating power and sample size).

With inclusion of at least 45 patients per group (assuming a standard deviation of 1.0%), the study power was estimated to be 80% to detect an association between TNF-α and IL-1β levels and clinical peri-implant parameters among both groups (with a 2-sided significance level of .05). A P value of < .05 was considered statistically significant.

Researchers declared that, to their knowledge, their study is the first to compare the clinical and radiographic statuses of dental implants and local proinflammatory cytokine levels among vapers and nonsmokers. They also declared that their study supports the hypothesis that peri-implant clinical and radiographic parameters are worse and the levels of proinflammatory cytokine are higher among vapers than people who have never used tobacco in any form.

Although researchers cautioned that their study has certain limitations (for example, self-reported outcomes, potential geometric errors in the assessment of PIBL on digital radiographs) within the limits of their study, they warned that vapers may be at risk of developing poor peri-implant tissue inflammation and called for clinicians to educate young adults about the detrimental effects of the practice.

Today, there are 120 million people in the U.S. missing at least one tooth, and more than 36 million Americans do not have any teeth (according to Facts & Figures from the American College of Prosthodontics)—and these numbers are growing. At Planmeca, we have developed a complete implant workflow from smile design, through implant planning and final restoration. The implant workflow module in Planmeca Romexis streamlines the process and helps facilitate successful outcomes. By utilizing Planmeca Romexis software, Planmeca ProMax 3D imaging, and digital impressions with Planmeca Emerald, a clinician can ensure that treatments are carried out according to plan. Discover how Planmeca can deliver efficiency to your implant treatments.

Register now for ACP’s 2018 annual meeting and save

The program will explore advances in dental materials and technology, the clinical science of bone and tissue regeneration, innovations in implant and maxillofacial surgery, and much more. Speakers, topics, and registration are online at acp48.com.

The next ACP Digital Dentistry Symposium will be held Feb. 19-20, 2019 in Chicago. This symposium is designed for dental professionals who are interested in state-of-the-art digital solutions for the treatment of restorative patients, whether you are considering investing in digital technology or would like to get more out of the systems you already have in place. Registration will be open soon at Prosthodontics.org 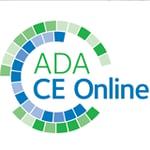 ADA CE Online brings you an extensive series on complications with prosthodontics from our trusted experts. Learn methods to plan ahead for clinical challenges and manage them when they do occur. Stay ahead of the curve in prosthodontics and earn CE now.