Predictors of oral cancer knowledge in a predominantly African-American community

Tobacco use and excessive alcohol consumption are primary risk factors for oral cancer in the United States. Although smoking rates among adults have been decreasing nationally, the incidence among African Americans in urban areas is increasing. In this cross-sectional study, published online May 17, 2017, in PLOS ONE, researchers evaluated smoking and alcohol use and predictors of oral cancer knowledge in a predominantly African-American population.

This study was conducted in September 2013 at a drag race in East St. Louis, Illinois. During the 2-day event, which was hosted by the United Black Drag Racers Association, complimentary health screenings were offered in a designated tent area. Of the approximately 3,000 drag racers and fans 18 years or older, 304 completed a questionnaire and received a head and neck cancer screening, a participation rate of about 10%. The researchers adapted their validated 50-item paper-based questionnaire from previous studies. Sociodemographic factors included age, sex, race (white, African American, others), marital status, education, annual household income, and insurance status. The researchers assessed cigarette smoking and alcohol consumption with these questions: “Do you smoke?” and “Do you drink alcohol?” The survey consisted of 17 questions about oral cancer (for example, “In your opinion, where are the most likely locations of oral cancer?”). Correct answers were scored as 1 and incorrect answers were scored as 0. The investigators summed each participant’s answers to obtain a knowledge score (highest = 17, lowest = 0). A total of 304 participants (196 men, 108 women) from 19 through 88 years of age completed the questionnaire. Their mean (standard deviation [SD]) age was 48.1 (12.5) years. Two hundred twenty-one participants (72.7%) reported that they were African American, 70 (23%) reported that they were white, and 13 (4.3%) self-identified as “others.” In addition, 122 respondents (40.1%) reported having a high school education or less, 116 (38.2%) reported that they had some college or an associate degree, and 66 (21.7%) reported that they had a college degree. Of the 304 participants, 79 (26.7%) stated they used tobacco, and 217 (73.3%) stated they did not. Furthermore, 176 participants (58.3%) reported that they used alcohol, while 126 (41.7%) reported that they did not. Participants’ mean (SD) oral cancer knowledge score was 4.6 (2.5). In the adjusted linear regression model, race and education remained significant predictors of oral cancer knowledge, the authors wrote. African-American participants had lower oral cancer knowledge scores than white participants (β = –0.71; 95% confidence interval [CI], –1.35 to –0.07). Moreover, respondents with a high school diploma or less had lower oral cancer knowledge scores (β = –1.24; 95% CI, –2.07 to –0.41) than those with a college education. No other variables (such as age, sex, household income) were statistically significant predictors of oral cancer knowledge. On the basis of these findings, the authors stressed the importance of educational interventions tailored toward the needs of those with a high school education or less. Researchers also need to quantify actual gains in oral cancer knowledge resulting from health education, as well as determine whether screening and educational interventions have any impact on tobacco use and other high-risk behaviors. Read the original article here or contact the ADA Library & Archives for assistance.

The researchers obtained pathology reports for 259 patients from the archive of the Department of Oral Pathology, King’s College London in London, United Kingdom. Inclusion criteria were a diagnosis of dysplasia confirmed histopathologically or, if the lesion was nondysplastic, a clinical description of leukoplakia, erythroplakia, or white patch or lesion, red patch or lesion, or mixed white-and-red patch or lesion, as well as a clinical assessment indicating risk of experiencing transformation. Exclusion criteria were a histologic diagnosis, a clinical diagnosis, or clinical suspicion of any benign red or white oral lesion, including candidiasis, frictional keratosis, lichenoid reactions, or lichen planus. The researchers also excluded patients with a history of OSCC or carcinoma detected in a first biopsy or in a second biopsy performed within 2 weeks of the first.

The investigators obtained follow-up data from cancer registries and the local pathology database, as well as causes-of-death data from the United Kingdom’s Health and Social Care Information Centre (now NHS Digital). Of the 259 patients identified from the archive, 31 were excluded, leaving 228 patients (122 men, 106 women) for the analysis. The mean (standard deviation [SD]) age of patients at the time of diagnosis of the index lesion was 55 (13.9) years. The mean (SD) follow-up period was 7.61 (2.69) years (range, 5.0-9.6 years), the authors wrote.

Primary herpetic gingivostomatitis (PHGS) is a highly contagious infection that occurs commonly in children. About 90% of cases are caused by herpes simplex virus (HSV) type 1. Treatment with oral acyclovir suspension has been shown to be effective in reducing the severity of clinical symptoms when initiated within 3 days of the appearance of PHGS. In a randomized, double-masked, controlled study, researchers compared the combined efficacy of oral acyclovir and honey with that of oral acyclovir and placebo in reducing pain and inflammation in children with PHGS. The study was published online September 12 in American Journal of Otolaryngology.

Prospective participants included children aged 2 through 8 years seen in the Otolaryngology, Head and Neck Surgery Department of Minia University Hospital in Minia, Egypt, from June 2015 to September 2017. One hundred patients (47 boys, 53 girls) with positive culture results for HSV, positive serologic findings for HSV, and clinical manifestations of PHGS were enrolled in the study. Researchers randomly assigned 50 children to the oral acyclovir suspension with placebo group and 50 children to the oral acyclovir suspension with honey group. Honey has antibacterial and anti-inflammatory properties, and it has been used for thousands of years to treat wounds and various conditions.

At enrollment (day 0), a clinician obtained each child’s medical history and performed a physical examination, noting fever, oral lesion severity, drooling, and eating and drinking difficulties. On days 3, 5, and 7, the clinician repeated the examinations for all patients. The following parameters were assessed with input from parents:

• Degree of lesion severity: mild (≤ 10 lesions on the tongue or oral mucous membrane), moderate (11 to 20 lesions, with gingival swelling), or severe (> 20 lesions), according to Amir and colleagues’ classification.

• Eating and drinking ability: classified as normal, less than normal, or unable to eat or drink.

Electronic cigarette (EC) use has become increasingly popular in the past few years. However, relatively little is known about the clinical effects of ECs on the oral mucosa. In this prospective case-control study, published online November 21, 2017, in Acta Odontologica Scandinavica, researchers investigated the prevalence and characteristics of oral mucosal lesions (OMLs) in EC users and former smokers.

Study participants consisted of patients visiting the dental clinic at the University of Brescia in Brescia, Italy, from January 2015 through December 2016. Inclusion criteria were being older than 18 years, no dental procedures in the preceding 6 months, no chronic alcoholism, no occupational exposure to carcinogens, and no history of malignancy. Of the 90 consecutively enrolled patients, 45 (23 women, 22 men) were former smokers, and 45 (4 women, 41 men) were EC users. The researchers defined former smokers as daily or almost daily smokers who smoked at least 100 cigarettes in their lifetimes and had quit smoking between 6 months and 2 years before study enrollment. EC users had been smoking ECs for a minimum of 6 months.

The researchers classified OMLs according to the World Health Organization’s criteria. Two calibrated clinicians examined patients under standardized conditions, including artificial lighting and use of a mouth mirror. When necessary, they confirmed the clinical diagnosis with a swab or biopsy of the lesion.

The clinicians detected 9 types of OMLs in 55 patients, 19 of whom were former smokers and 36 of whom were EC users. Although the overall prevalence was higher among EC users, the difference between the 2 groups was not statistically significant. However, the prevalence of 3 types of OMLs—nicotine stomatitis, hairy tongue, and hyperplastic candidiasis—was statistically significantly higher (P = .04, P = .02, and P = .04, respectively) among EC users than among former smokers. The researchers did not observe any differences between the groups with respect to the prevalence of precancerous OMLs (lichen planus and leukoplakia).

The investigators speculated that the higher prevalence of nicotine stomatitis in EC users (6 patients [13.3%]) than in former smokers (1 patient [2.2%]) may have resulted not only from exposure of the palatal mucosa to nicotine, but also exposure to propylene glycol, glycerin, and other chemicals. In addition, of the 45 EC users, 8 (17.7%) developed hyperplastic candidiasis, which might be linked to a pH alteration induced by chemical compounds, the authors wrote. The researchers also suggested that the greater prevalence of hairy tongue among EC users (7 patients [15.5%]) than among former smokers (1 patient [2.2%]) may be attributable to factors such as mucosal drying effects, high intraoral temperatures, or altered resistance to fungal and viral infections.

Because of the small sample size, the study findings must be considered preliminary, the authors wrote. Case-control or cohort studies with larger sample sizes are needed to evaluate the risk of developing OMLs among EC users, they concluded.

• Slide seminar — “Hematopathology: Lymphoid lesions of the Head and Neck” — Dr. L. Jeffrey Medeiros, Chief of the Lymphoma Section in the Department of Hematopathology at the University of Texas M.D. Anderson Cancer Center. 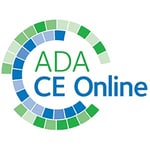 ADA CE Online has you covered! Subscriptions to ADA CE Online are now available. Get unlimited access to the entire ADA CE online library, including JADA, for one year from purchase. Access anywhere, anytime. With new courses being added every month, you’ll never run out of education opportunities. Group subscriptions are also available, check it out now!