The role of systemic medications on implant osseointegration

Proton pump inhibitors (PPI) and selective serotonin reuptake inhibitors (SSRI) are potential cofounding factors for increased risk of experiencing implant failure (IF). This finding is from a systematic review and meta-analysis published in a special issue of Clinical Oral Implants Research in October 2018.

Authors conducted a systematic review to examine the association between the intake of medications that could affect bone metabolism and implant outcomes. Electronic and manual searches of studies published through May 2017 included PubMed, MEDLINE (OVID), Embase (OVID), Cochrane Central Register of Controlled Trials, Cochrane Oral Health Group Trials Register, Web of Science, SciVerse, New York Academy of Medicine’s Grey Literature Report, and the register of clinical studies hosted by the National Institutes of Health. IF was the primary outcome, while biological or mechanical complications and causes or timing associated with IF were secondary outcomes. Authors used meta-analyses for the binary outcome of IF and odds ratios (OR) to measure the association between IF and medications.

Authors compiled the number of implants in experimental and control groups directly from the data but calculated the number of failures based on the reported failure rates. They used the inverse variance method to pool all studies and applied fixed and random weights to calculate 2 different estimates of the population OR. Heterogeneity was measured using I2 and P values for homogeneous studies comparing the P value to a 5% level of significance.

After an initial search that yielded 430 potential articles, authors chose 17 studies for review. Of these 17 studies, 5 focused on nonsteroidal anti-inflammatory drugs, 2 on SSRIs, 2 on PPIs, 7 on oral bisphosphonates, and 1 on antihypertensives (AHTN) medication. Of the studies, 12 were retrospective cohort studies, 3 were randomized controlled trials, 1 was a prospective cohort study, and 1 was a case-control study.

Authors could not conduct meta-analysis for AHTN medications. Just 1 study met the inclusion criteria, and it showed an increased survival rate when taking AHTN medication. None of the other medications showed significance.

The authors urged caution “due to the lack of homogeneity with regard to the dosage and timing in-taking oral [bisphosphonates] reported in the studies, but apparently seems not to represent a contraindication for implant therapy in osteoporotic patients.”

Patients who take low-dose antiresorptive drugs (ARDs) do not have a higher implant failure rate or experience greater implant-related complications than patients who do not take them. But patients with comorbidities and those who take high-dose ARDs or oral bisphosphonates (BP) over a long period should be considered at high risk of experiencing medication-related osteonecrosis of the jaws (MRONJ). The findings are from a systematic review and meta-analysis published in a special issue of Clinical Oral Implants Research in October 2018.

Authors defined implant loss as the primary outcome and grafting procedure failure, marginal bone loss, MRONJ, and peri-implantitis as secondary outcomes. They conducted random-effects meta-analyses separately for each ARD type to measure pooled estimates at the patient level, implant level, or both.

Authors were able to associate MRONJ with BP intake in all but 1 study, which included 2 patients who also took denosumab. Authors noted the MRONJ lesion was located in the mandible in 84 patients, the maxilla in 34 patients, and more often in posterior areas of the jaws. Triggers for MRONJ included implant presence (41 patients), implant placement (15 patients), and removal of an implant or explantation (5 patients). The time frame between implant placement and onset of MRONJ ranged from 0 through 210 months, while the time frame between the first ARD intake and onset of MRONJ ranged from 1 through 233 months. Based on 6 studies reporting single-patient data, MRONJ in patients taking BP for osteoporosis was present in 70% of patients at least 36 months after BP intake. MRONJ appeared in 64% of patients with cancer at least 36 months after BP intake.

Anabolic and anticatabolic bone-acting agents, along with selective estrogen receptive modulators (SERMs), are important drug delivery systems that can enhance osseointegration, according to research published online in the first 2017 issue of Drug Metabolism Reviews.

Authors cited several studies on the effects of SERM, including increased bone mass and strength, and improved osteoblast function and differentiation. They cited a 2015 study that found that orally administered raloxifene increased peri-implant bone mass in osteoporotic rats and restored reverse torque and bone-to-implant contact and improved osseointegration of implants compared with orally administered alendronate.

The authors’ examination of dual anabolic and anticatabolic mechanism agents included simvastatin and SR. Authors cited multiple studies that found that simvastatin suppressed osteoclast formation and osteoblast apoptosis through the transforming growth factor-beta receptor and increased bone density around the implant and bone-to-implant contact in intraperitoneal treated rats. For SR, authors cited a 2013 comparative study that showed the superior effect of zoledronic acid compared with similar effects of SR and alendronate groups.

The authors’ examination of postoperative drugs that influence titanium implant osseointegration included nonsteroidal anti-inflammatory drugs (NSAIDs) and opioids. Authors identified several studies that found harmful effects of NSAIDs on bone formation, including a 2012 review that found that continued used of NSAIDs is associated with a lower bone density around implants, bone area, and bone-to-implant contact. The effect of opioids on osseointegration, authors noted, have not yet been studied.

Authors’ examination of drugs to prevent postimplant surgery comorbidities included proton pump inhibitors (PPIs) and selective serotonin reuptake inhibitors (SSRIs). For PPIs, authors cited a 2016 study that found that omeprazole impairs osseointegration in rats, mostly due to a lower number of osteoclasts. For SSRIs, authors cited a 2014 study of 490 patients with 916 dental implants that associated SSRI treatment with increased failure risk due to mechanical loading.

“More attention should be given on the influence of postoperative drugs on osteointegration of titanium implants,” the authors concluded. “Comparative studies between drugs should be performed in order to be able to choose the one with least chances to jeopardize implant survival.”

The use of selective serotonin reuptake inhibitors (SSRIs) should be considered into the prognosis treatment of older patients who may need dental therapy, according to research published in the December 2017 issue of Gerodontology. Authors based their finding on a broad-based literature review regarding the effects of SSRIs on bone metabolism and dental implant outcomes.

The authors noted that depression is a significant health concern in older populations, and that SSRIs are the most commonly prescribed antidepressants. They identified several studies that suggest increased dental implant failure associated with SSRI intake. In particular, authors cited a 2010 case-control study that found that SSRIs with higher 5-hydroxytryptamin binding affinity were associated with greater osteoporotic bone loss. They also cited a 2016 study that found a synergistic effect of insulin and SSRI on downregulation of bone turnover. Authors further noted that estrogen deficiency or diabetic status—often prevalent in older people—likely would worsen SSRI-associated bone health deterioration.

Authors pointed to a large retrospective cohort 2014 study that found that SSRI users experienced an implant failure rate that was 6% higher than that of nonusers. They also cited a 2017 retrospective study that found SSRI users experienced a 12.5% implant failure rate compared with a 3.3% failure rate in nonusers. They cautioned, however, that the type of SSRI drug, dosage, and host-related genetic and metabolic factors would be modulating factors. Authors also cautioned about the potential for SSRIs to increase the chances for bleeding and related postoperative complications.

“As older individuals comprise a high-risk group for both high oral rehabilitation and SSRI use, clinicians should be aware the potential association between SSRI and dental implant failures,” the authors concluded. “Well-designed investigations specific to geriatric cohorts are essential to understand the implications of SSRI use on dental implant prognosis.”

At Implant Direct, we offer a diverse and comprehensive list of implant-dentistry courses to meet all your learning and CE needs. Each class is designed to meet the specific needs of the modern implant marketplace. Featuring a variety of hands-on training sessions, interactive lectures and live surgery observation classes, our classes are taught by some of the most respected names in the field. From introductory courses that cover the basic surgical principles and protocols, hybrid and full arch restoration cases to advanced courses covering the latest technological innovations and the future of implantology, we’re here to help each clinician reach their full potential. For more information, visit our Education Center.

Osseointegration is just one of the many specialty and discipline courses being offered Sept. 4-8 at ADA FDI 2019. Get the CE you want and need to support your personal and professional goals.

Courses to consider include:

Need CE? ADA CE Online has hundreds of hours of CE that you can earn from the comfort of your own home. Too many to choose from? Take them all! Get unlimited access to the entire ADA CE online library, including JADA, for one year from purchase. Access anywhere, anytime. With new courses being added every month, you’ll never run out of education opportunities. Group subscriptions are also available, check it out now! 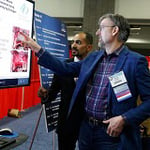 The Academy of Osseointegration is now accepting abstracts for its 35th Annual Meeting to be held in Seattle, Washington, March 18-21, 2020. Dental researchers are invited to submit abstracts for Clinical Innovations, Oral Research (Scientific and Clinical), and Electronic Poster (Scientific, Clinical and Case Studies) presentations before 11:59 p.m. EST on October 4, 2019 online.

There are no submission fees and no limit to the number of abstracts you can submit.
In addition, the Osseointegration Foundation will be awarding 20, $1,000 Student Travel Grants to recipients of the top scoring oral research and e-poster abstracts who are students currently enrolled in a dental school program. Only authors indicating their interest via the abstract submission site will be considered for these grants.

A very elite group of researchers will be honored for their outstanding contributions to the field of implant dentistry during AO’s Annual Meeting, which sees nearly 2,000 dental colleagues attend each year. Will you be one of them? Submit your abstracts today!